A grassroots movement about breast density has swept across the country. You can’t afford to ignore it.

It’s centered on when and how providers tell their patients if they have dense breasts. That’s a fraught emotional issue for many women, and state legislatures have started to come around to their point of view. In 2009, Connecticut became the first state to pass breast density notification laws. Since then, 31 other states have followed suit.

Clearly, this movement resonates with lawmakers, and it’s changing patients’ attitudes, too. But, radiologists, imagers, and PCPs – how will it affect your practice? What can you do to prepare?

Fill out the form for Cassling’s trend report on Breast Density and the best practices for providers to discuss this topic with their patients! 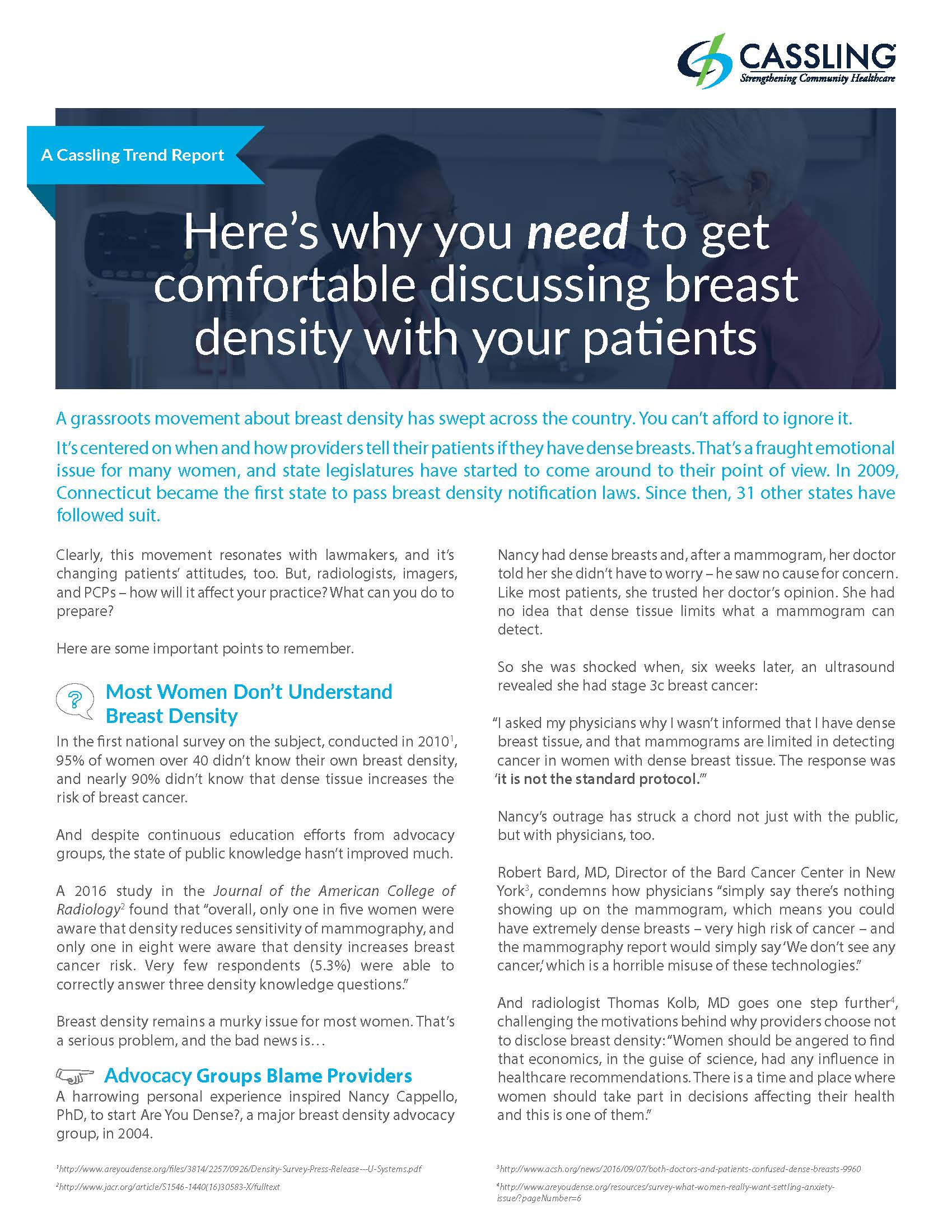 Cassling, founded by Bob Cassling in 1984, is an Advanced Partner with Siemens Healthineers. As a family-owned company, we're dedicated to strengthening healthcare in local communities.