If you attended Cassling’s recent webinar, Predictions for Healthcare in 2016 & Beyond, one of the major trends we discussed was the shift to value. A number of initiatives have come out of the Affordable Care Act to cut Medicare fee-for-service payments and reward value instead of volume, but a new, recent piece of legislation, the Bipartisan Budget Act of 2015 (BBA), has introduced a somewhat controversial cost control measure. 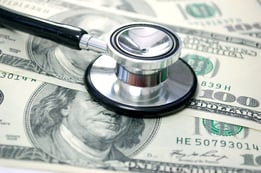 The BBA was signed into law on November 2, 2015. You will notice that “healthcare” isn’t included in the name of the bill, but it contains a provision to force the first step toward site-neutral Medicare payments.

In addition to raising the debt ceiling, the highly publicized BBA also excludes newly opened or acquired, off-campus hospital outpatient departments (HOPDs)—such as physician offices and imaging centers—from receiving reimbursement under Medicare’s outpatient hospital prospective payment system (HOPPS). Instead, after January 1, 2017, those off-campus locations that are more than 250 yards from the hospital will be reimbursed under the Ambulatory Surgical Center Prospective Payment System (ASC PPS) or the Medicare Physician Fee Schedule (MPFS).

In other words, hospitals and health systems can’t go around opening hospital-based outpatient centers all over a metropolitan area without the hospital being within 250 yards of that location if you want to bill under HOPPS.

This is partly in response to entrepreneurs who opened freestanding imaging centers years ago, and then after reimbursement rates dropped, joint ventured with hospitals to shift majority ownership to the hospital allowing HOPPS reimbursement. These groups realized they could bill using the hospital’s outpatient codes for better funding and then share in the profits. Under the BBA, this no longer will be possible for new outpatient facilities.

It’s important to note that the BBA does not affect off-campus imaging clinics that were already in operation prior to the date this legislation was signed into law. So for imaging providers who are currently in an arrangement like this, you are technically “grandfathered in.”

For those of you planning future off-campus clinics, update your plans to reflect reimbursement and costs as a freestanding facility rather than an HOPD. If you are planning to build a major ambulatory facility, payor and service mix will need to be considered for off-campus facilities. Certain services may need to be moved off campus and others brought on campus to manage cost structures.

I think the lesson for us here is simple. This is a sign that Congress is serious about reducing payment rate differences between HOPDs and independent offices.

In fact, it is estimated that the potential savings from fully moving to site-neutral payments is $29.5 billion. Anytime, we can put a “B” after a dollar amount, lawmakers in Washington D.C. pay attention. And as we watch CMS move toward risk-based models, we have no reason to believe that CMS will be bashful about making fee-for-service less attractive. The shift to value will continue, and it’s highly unlikely a newly elected president will be able to revert us back.

To learn more about the shift to value and its impact on radiology, download our trend report, “3 Lessons for Radiology on the Shift to Value.”

Hospitals are on the Hook—Bundled Payments Expand
Read More >