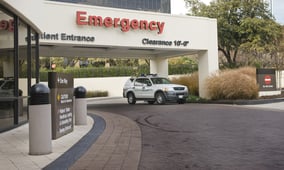 care. If you haven’t, you can find it here.

Certainly some of the names and locations mentioned in the article hit close to home, and many are longtime, good customers of Cassling. But I’m personally disappointed that the article misses the mark when it comes to a critical look at rural health care. If you read the article, it spends the majority of its time suggesting that the only way to fix rural health care is to expand Medicaid in Nebraska. Only twice does it make a note that the problem is bigger than Medicaid expansion and solutions can be found without expansion. In fact, if you read the article, right after it mentions that the problem is “much broader than Medicaid expansion” it suggests that Medicaid expansion is the solution.

On the contrary, rural health care is a very complex topic. I think we have to boil it down to three key items: access, control and jobs. The right answer to the rural health problem is the appropriate balance of all three. Let me explain.

First of all, you will notice that I don’t mention money. The reason is because it’s too volatile right now. The government has promised to fund 90 percent of the program in any state where Medicaid is expanded—and they have so far—but it also promised to fund risk corridors for payers in the exchanges, money that the insurers haven’t and likely won’t ever see. Not to mention, there is no guarantee that future Congresses will agree to continue to fund 90 percent. Last I checked, the federal government didn’t have a bunch of extra money laying around and has a looming crisis in terms of debt and deficits. So rather than suggest the money is or isn’t an issue here, let’s not even consider it. I think the other three arguments are just as compelling when considering a solution. (Before you stop reading, yes, we will have to consider cost with any solution, and it will have to be workable. I’m not ignorant to that fact, but I want to be clear this is not just a money issue.)

This isn’t easy, and I’m not saying Medicaid expansion is necessarily the problem. But it alone isn’t the solution. There are plenty of things that can be done without expanding Medicaid to support and save rural health in America and it starts with dealing with some of the real issues around access, control, and jobs.