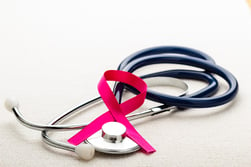 For more than 20 years, breast imaging providers have worked to familiarize women with the concept of annual mammography screenings starting at age 40.

Many of you will remember the “hiccup” in 2009 when the U.S. Preventive Services Task Force’s recommendations left the decision for women age 40-49 up to the patient and her physician. At that time, the USPSTF also changed its recommendation for screening interval from annual to every two years,[i] but Congress deferred implementation of those rules.

In 2015, another hiccup came from the USPSTF with more updated recommendations,[ii] and again, Congress continued its deferral of implementation of the new rules—this time until January 1, 2017. While Congress could continue the deferral beyond the new implementation date, the current political climate in the U.S. argues against predictability in this area.

The USPSTF recommendations are important because they are positioned as “evidence-based.” They also form the basis for the determination of which medical services are considered as preventive under legislation that mandates waiver of copay and deductible amounts for such services.

Another recent study had even more concerning results. Fedewa, et al,[iv] studied physician recommendations and patient compliance for four years after the new recommendations and found that while physicians recommended mammography less frequently for women under age 50 and over age 75, the only significant decrease in compliance was for younger, insured women categorized as having high socioeconomic status. This group is obviously one with a high impact on practice economics.

Radiology departments and breast centers will suffer reductions in revenue as patients begin to comply with the new recommendations.

So, how do imaging providers proactively work to overcome this challenge? With advocacy and individualization.

Click here to read part two of Gerald Kolb’s blog for a discussion on how radiologists and technologists can advocate for mammography, and a discussion on personalized care.

Gerald Kolb, JD, is president of the Breast Group, a consulting firm that optimizes workflow in breast centers. In the 1990s, he worked with several physicians to develop the pioneering organ-based capitation program for breast care, Comprehensive Breast Health of Colorado. Kolb founded Breast Health Management, Inc., a consulting company focused on the business, legal, and organizational environments of breast health delivery systems, and served as Chief Knowledge Officer for Solis Women’s Health. He’s spent 20+ years working with breast centers, is a regular presenter at national meetings, and has authored 50+ published articles.