Ultrasound Research: Looking Beyond the Headlines 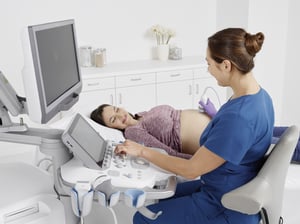 When I see a scary headline in the media—especially when it has to do with ultrasound—I feel it’s my obligation to educate the masses.

A recent study published in the prestigious Journal of the American Medical Association (JAMA) raised the question of a correlation between increased ultrasound exposure and autism spectrum disorder (ASD).

This isn’t the first time the potential bioeffects of ultrasound have been studied. At certain power levels and frequencies, ultrasound is known to cause thermal bioeffects, such as heating of the tissues, and mechanical bioeffects that include the formation of microbubbles in tissue (cavitation).

According to the authors of the article, titled “Association of Prenatal Ultrasonography and Autism Spectrum Disorder,” there was a significant increase in ASD in patients who had first trimester ultrasound when there was increased mean depth of penetration.

Now, I have a few problems with not only the article but also the way it was presented to the public by the mass media. The media makes money by selling papers or, currently, by selling ads on websites. And those websites need to draw eyeballs or no one is going to go to their page and see the ads. So the media publishes headlines like “Ultrasound causes autism.”

First, the article doesn’t even say that. (See if you can find me a journalist who read the article). Second, there is a league of separation between “correlation” and “causation.”

See what I did there? We didn’t have cell phones in the 1950s, and the rate of ASD was low then. Watch out for those cellphones.

The authors make a point to note the many potential environmental factors they could not account for as a limitation of their study, such as poverty, diet, etc. In fact, the only correlation they found was depth of penetration. No other factors in this retrospective study had a significant correlation to the use of repeated ultrasound exposure.

So, what does it all mean? Here is what I always say when asked about potential risks of ultrasound. Feel free to copy and paste this as needed:

1) Ultrasound should be used as a diagnostic tool, and not for entertainment or as a party trick.

2) Doppler should never be used in the first trimester unless there is a suspected problem. M-mode should be the only tool used for fetal heart rate documentation.

4) Reduce the dwell time. Bone creates heat. Don’t stay parked on the head for longer than needed. Can’t get a view? Move off and try again. Ladies – stop scanning yourself when you get pregnant.

Bottom line: In 50 to 60 years of testing, ultrasound is known to be safe with grayscale imaging. Research to ensure its safety is ongoing.

We should neither be spreading rumors to scare people away from a beneficial diagnostic test nor assuming at face value that all ultrasound is 100% safe. I remind you of ALARA: as low as reasonably achievable. Turn the power down. Use ultrasound only for a medical indication. Decrease the dwell time, especially on bone.

Ultrasound is an important medical test. I’m more concerned with *who* is doing my ultrasound, not the test itself.

Want to hear more from Dr. Fox? We have some great news: she'll be the featured speaker at our Ultrasound Lunch & Learn giveaway!

Register to win this on-site lunch & learn and Dr. Fox and Cassling will bring our popoular Investing In You CE program to your healthcare facility. Click the image below to get started! 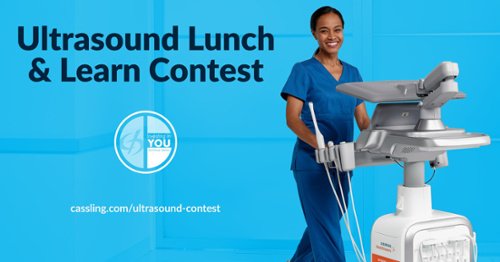 Dr. Traci Fox is an Associate Professor in the Department of Radiologic Sciences at Thomas Jefferson University in Philadelphia, Pennsylvania and a Research Assistant Professor in Radiology at the Sidney Kimmel Medical Center at Thomas Jefferson University. Traci is involved in the academic aspects of sonography education as well as ultrasound research. An accomplished author, she is best known for her online ultrasound physics review, available at spireview.tracifox.com.