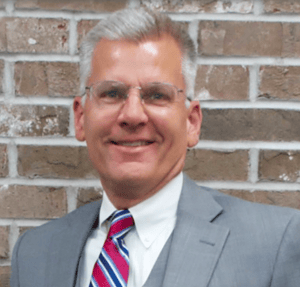 The following is Part 2 of an interview transcript with Bob Senneff, edited for clarity and length. Listen to the full podcast and read Part 1 here.

The Current State of Healthcare

Kyle Salem: If we look a little bit further out, say Graham or even just more broadly about the industry, in five or ten years even, what do you see as kind of the new and innovative ideas that you think will be key to the success of the industry?

Bob Senneff: I think, as is the case now, if you're providing great care, you have really strong customer service, and your employees and your physicians are part of those communities, that you're going to continue to do well. The thing that really is a struggle for me is the numbers make less and less sense every year in terms of the number of people on Medicare and the number of people on Medicaid, especially in the state of Illinois.

How much is too much that it breaks the camel’s back? We worry a lot because we don't have a great payer mix. 50% of our business is Medicare, 20% Medicaid. We really only have that 30% that gets costs shifted on, but those payers are starting to push back pretty heavily, too. And so you're no longer going to be able to shift all those costs on to us. We have a constant struggle on the expense side of what we're doing, because there's not more money coming in to the system. You've got to get your arms around a bigger and bigger population of people.

We spend two, three times per citizen of this country on healthcare than the other industrialized countries do, yet we don't have better outcomes. We don't live longer, and all the surveys you see, we're not the happiest country in world. We're not the healthiest. We may be one of the wealthiest, but healthcare is a very big ship to try to turn around in the port. And we don't turn on a dime. I think rural healthcare probably turns on the dime a little bit better than the bigger boys do because we have to. What's the old saying? "Why does the rabbit run faster than the fox? Because he's running for his life and the fox is just running for dinner." And we're the rabbit in this situation.

Meeting the Demands of Value-Based Care

Kyle Salem: If you were in front of other CEOs of similar facilities, what are the things they should be doing and what might they need to be keeping their eye on to be successful in the value-based care world?

Bob Senneff: We have to prove every day that we're providing as good of care or better care, especially to the Medicares of the world and the managed care folks. Because with everything becoming transparent, if you're not the highest return on investment for a payer, they'll decide those physicians are no longer part of their panel. Or that hospital's no longer a part of their panel and we'll be left out of the game. And we can't do that. So all of the things that they're doing in very competitive markets, we have to be thinking and responding as quickly as they are because they'll be coming this way when they want their arms around the bigger population of people.

We're already starting to see that from an imaging perspective. We've got managed care contracts now that demand their people go to an outpatient center for CT and MR versus coming to Graham Hospital because they're claiming the charges are higher in a hospital setting than in a free-standing setting. And that's true, but obviously we're burdened with some costs that those folks aren't burdened with.

We have to figure that out quickly. Either we have to develop our own outpatient imaging centers to attract those folks back, which is not really efficient, or we have to look at our cost structure and get more in line with how the folks in strip malls are doing it. 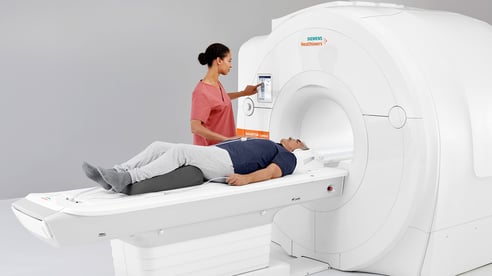 Kyle Salem: How do you see imaging playing a role in helping you achieve your goals?

Bob Senneff: Imaging is huge for us. I think it's almost 20% of our gross charges now. It’s as big for us now as surgery in terms of the amount of charges and the amount of net revenue and contributions margin it produces. So we're constantly looking at new modalities or more efficient modalities in CT, MRI, PET/CT, those type of things. 3D Mammo as well. We continue to invest heavily in imaging and imaging continues to be one of those geese that lays the golden egg for us. As we move into more of those outpatient-related services, maybe someday it's 85% of our business instead of 80. Imaging has been and always will be key. Probably more and more so, every day.

Bob Senneff: I was part of a team that started a free clinic here in town. Probably 11 or 12 years ago for those folks who were falling through the cracks. Today, that clinic is still functioning. We just invested a significant amount of money in our local high school for a biomedical engineering classroom in a biosciences classroom. We've invested a million dollars in a special scholarship fund for high school. They come back to our markets and those scholarships are given. We feel pretty proud about those investments. We have a school of nursing on our campus, as well, that's been here for 110 years. They're a lot of second career folks going through school on a Graham Scholarship Program, with the thought that they'll come back here and work for us and remain part of the community. From an economic development standpoint, that just makes a lot of sense.

Kyle Salem: I think that's really neat to really clarify how much you guys invest in, not only your facilities and your system, but really the community around you.

Bob Senneff: We're the largest employer in the community, so we understand we have an obligation and a responsibility to move the economy ahead. We try to do anything we can to make sure we're supporting local businesses and local citizens. If the houses aren't getting built and schools are not doing well, Graham's not going to do well.

Kyle Salem: It certainly sounds like Graham is lucky to have you steering the ship, and we were lucky to have you with us today. I want to thank you for your time and we appreciate you joining us for this discussion.

Bob Senneff: Well, I appreciate the chance to talk to you. It's been a pleasure being a customer, so to speak, and a friend and a partner of Cassling for the last, oh boy, 20-plus years for me personally. And 13 years here at Graham. We've got a great relationship and we appreciate all that you and the folks at Cassling do. At any time, I love to reach out and love all the information you guys give back to us. We're blessed to have the partnership. Thank you.