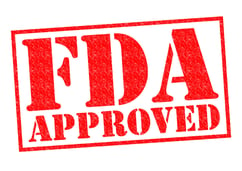 Last Tuesday, in a big ceremony, President Obama signed the 21st Century Cures Act into law. This law, which came out of the lame duck legislative session between the presidential election and the installation of a new administration and Congress, takes a number of steps to try to address healthcare issues that may exist in current programs. While the law started with a focus on reforming the FDA and providing funding for some key programs, it grew into a bit of a catch-all for various programs. The list of items in the law include:

Here, I want to focus on the negative press that the law has received. Public Citizen said, "But in reality, the legislation includes a grab bag of goodies for Big Pharma and medical device companies that would undermine requirements for ensuring safe and effective drugs and medical devices.” The National Center for Health Research said, “This has the potential to hurt millions of patients.”

I want to take a moment and talk about the FDA with respect to medical imaging, my experience from the industry and the impact of the 21st Century Cures Act. While the changes to pharma may be very different, I don’t believe any of the provisions in this law will change the way the FDA works for medical imaging devices. If anything, it will provide funding to speed up approvals and allow safe products to market faster. But let me step back and talk about how products in the imaging space come to market, and how we can monitor when they will be available.

There are three types of approvals that we need to understand: Premarket Approval (PMA), 510(k) and non-filing justification (NFJ). The first two are formal FDA categories and the third is most commonly referred to on the FDA website as “documentation.” Depending on the intended use and indications for use, a device is classified as either Class I, Class II or Class III, with Class III devices carrying the highest risk. Class I devices, for the most part, don’t carry significant risk. Most Class I and Class II devices must submit a Premarket Notification 510(k), while some are exempt and do not require specific FDA approval outside of maintaining good manufacturing practices.

Premarket Approval is required for Class III devices. In general, this applies only to those devices that carry great risk or those that are so novel that no potentially similar device has ever been classified and a potential risk exists. This process takes a minimum of 180 days and is often longer. If more resources are put toward the process, it’s possible we can see products make it to market faster.

A 510(k) is a premarket submission made to the FDA to show that a device to be marketed is at least as safe and effective as (i.e., substantially equivalent to) a legally marketed device that is not subject to PMA. This process will likely not substantially change under the 21st Century Cures Act, and that’s good for the industry because we’ve become accustomed to using the process for industry knowledge. All of the manufacturers tend to follow the same practice.

When a new product is going to be available there is significant value in getting the product to market as quickly as possible. Once a 510(k) submission is made to the FDA, the company may market the product as long as it is noted as “510(k) pending.” This makes it clear to the consumer that the products’ intended use or indications for use being marketed have not received full clearance for sale of the device in the United States. Using this label, however, does allow the manufacturer to claim a “first-to-market” advantage and get the word out Once a device has the 510(k) cleared by the FDA, allowing full marketing in the US, the approval is available on the FDA website.

The last term to know is what I’m used to referring to as an NFJ. The non-filing justification is a set of documentation that would confirm that the manufacturer has considered all of the various possible reasons why a new 510(k) submission is not required, and it has determined—after good process—that this truly is the case. For example, if a manufacturer of CT scanners decided to change the color of the fiberglass/plastic covers on the system from white to eggshell without changing the device in any way, that would qualify for an NFJ and not a 510(k). The FDA offers guidance on when a 510(k) is required—and it’s quite often. But there is one small exemption, so to say, and that is evolutionary change. Small enhancements to software, look and feel, bugs, etc., do not require 510(k).

So from an industry standpoint, new technology comes out slowly. Once a manufacturer is ready to introduce a new line of systems, they will file a 510(k) and market they system as 510(k) pending, waiting for approval. If they cosmetically change a system, they will only file an NFJ and no documentation will ever appear in the FDA’s 510(k) database. If, on the other hand, the manufacturer introduces a groundbreaking technology change, it’s possible that a PMA will be required and wait time will be a minimum of six months to one year after submission.

I don’t see the 21st Century Cures Act changing this any time soon. If you hear that there’s something new coming, your representative should be able to tell you the specifics. If he or she is unable to tell you what is coming, I encourage you to ask when the PMA was submitted or why they aren’t marketing it as 510(k) pending. Then you’ll know if it really is something significant worth waiting for or a small software or cosmetic change.

More on the changes to other areas of healthcare later.

Genomics, AI and Healthcare Investment on the Podcast
Read More >