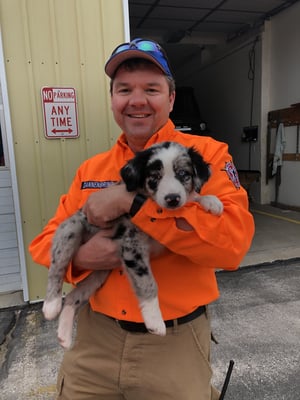 Jason “JD” Dannenbring started with Cassling in Sioux Falls, South Dakota, on the cusp of the new century in the summer of 1999. Throughout the past 20 years, he’s built a reputation for being a ‘go-to’ nuclear medicine guy, steady in his nature and eager to give back to his community. In fact, he’s even been known to help people in life-and-death situations.

“Jason has been a steady service presence in South Dakota over his career with Cassling,” said Joe Matthews, Vice President of Service. “Whether he is rescuing lost and injured hikers through his volunteer role or taking care of Cassling customers, JD is always prepared and ready to serve. Congratulations on 20 years with Cassling, JD!”

In addition to servicing his hospital customers’ imaging equipment as a field service engineer at Cassling, JD serves on the Pennington County Search and Rescue team as well as the Water Rescue team. As a result, he has several water and hiking rescues to his name.

The Pennington County Search and Rescue team covers close to 3,000 square miles of territory from the Wyoming border to Mount Rushmore, with the Badlands and the Black Hills Forest in the middle.

In 2015, JD’s team responded to a request from the Oglala Sioux Tribe to assist in the rescue of a family trapped in their car by fast-moving floodwaters. The car had been swept off the highway about 100 yards and was laying on its side in the water. During the rescue, the floodwaters flipped the rescue boat, causing an adult and a teenager to be taken by the current. JD swam ahead of them and used a rope to save them. The swift water rescue was a multi-hour event, but the efforts of JD and his team saved two adults, three children and an infant. As a result of his quick thinking and bravery, JD was awarded the First Responder Heroes Award by the American Red Cross.

We are proud and humbled to have such a heroic presence on our field service team, and it’s with this in mind that we are honored to celebrate the 20-year anniversary of such a brave individual as Jason “JD” Dannenbring.

A Tale of Two Jasons

Jason didn’t always go by JD. In fact, this nickname was born from his first few years of working at Cassling, when calls for “Jason” kept coming in to the Sioux Falls office. The problem was: the office had two Jasons, and no one knew which pager to route the calls to. Since fellow Field Service Engineer (FSE) Jason Horst had already started the year before, it was determined that Jason Dannenbring would be known as “JD” from then on.

“JD started as an FSE working on general X-ray equipment,” said Mark Groeneweg, Regional Service Manager for Cassling. “In 2003, he moved to Rapid City, where it was necessary to learn multiple modalities, including molecular imaging, CT, MRI, Angiography and PET. JD has managed to successfully service this wide variety of equipment while building long-lasting customer relationships. JD, thank you for your dedication to Cassling Service, and congratulations!”

Learning the intricacies of new equipment is something that’s second nature to JD.

“Everything is much more efficient nowadays,” he said when asked how his job has changed since the 1990s. “In the CT world, we used to have gas-filled Xenon detectors, and now we have a solid-state detector system. Error logs for troubleshooting are much more accurate now than they were back in the day. Our field replacement units consist of the whole board now versus changing things at the component level.”

JD, of course, has stuck around Cassling for more reasons than updates in technology.

“I love troubleshooting and working with customers. One big thing I appreciate is I’m not just a number at Cassling. Leadership knows me by name. It’s a business, but it’s more of a family than just a job. We have a great support group among my fellow FSEs. Over the years, I’ve worked with the likes of Tim Elder, Layne Oberto and Mark Groeneweg before they moved up to become Regional Service Managers. I even worked with [Cassling Vice President of Service] Joe Matthews back in the day. It’s been great developing personal relationships with these guys who are now my managers.”

One thing that’s clear is how helpful JD is to his team. In fact, many other team members rely on him for expert insight into the imaging equipment they service.

“I haven’t worked with JD too much since I started a couple years ago, but it’s nice to know he’s always available to chat if I have a nuclear medicine question!” said FSE Kelly Meyer.

“The first thing that comes to mind about JD is how he’s constantly going out of his way to help out his team no matter the situation is,” said FSE Mike Chayka.

“He is always willing to lend a hand,” agreed FSE Ben Nelson.

Congratulations, JD, on 20 years of always coming to the rescue of people (and imaging equipment) in need! 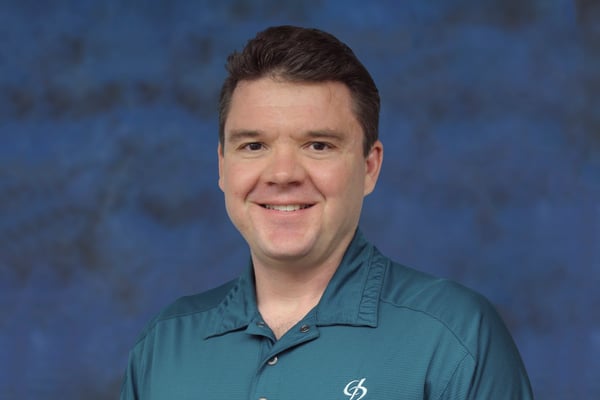