Price Transparency in Imaging: What You Need to Know There’s perhaps no greater disconnect between providers and patients than when it comes to price transparency.

The average consumer probably doesn’t fully comprehend why you can’t just tell them flat-out what they’re going to pay for an MRI, a CT scan, an ultrasound, etc. Their perception is that, with pretty much any other service they interact with, they can get a quote for whatever work they need completed, so why can’t a hospital or clinic provide similar price information?

You and I know it’s a little more complicated than that. Due to stark differences between the rates agreed upon between you and the different insurers you work with, plus the unique billing situations created by Medicaid and Medicare, not to mention all additional fees that can accrue from lab services, physicians’ payments and assorted other goings-on of a typical healthcare visit, it can be near impossible to say with any degree of certainty what a patient will pay when they walk through the doors.

Despite those complications, these arguments now hold less and less sway at both the federal and state levels. A number of developments have taken place that emphasize the concept of price transparency in imaging, and the idea isn’t going anywhere anytime soon.

Let’s take a look at these developments and analyze what you need to do to start down the path toward full price transparency.

Price Transparency at the Federal Level

Last month, the Centers for Medicare and Medicaid Services (CMS) issued a proposed rule that has major ramifications for providers all across the country. In rebranding the previous meaningful use concept to instead be called Promoting Interoperability, CMS planted a flag for consumers in two major ways:

It’s that second bullet point that we’re going to focus on today. For institutions that rely upon incentive payments and Medicare as a whole in order to remain financially viable, the final version of this rule is something that’s going to be watched closely.

It’s not just at the federal level where policies around required price transparency are taking shape. States like Maine and New Hampshire lead the charge in terms of legislation mandating that prices be posted for consumers to see, while Colorado is the latest state to take up the issue (and creating no small amount of debate in the process).

The fact is, the landscape is shifting beneath our feet. Price transparency has entered the lexicon and, regardless of how much time it may take for transparent, easily legible prices to become commonplace, this is where things are trending.

Think about like this: if you had to post a list of all your prices right now for consumers to see in an intelligible format for the average layperson, would you be able to?

When the federal government starts taking price transparency this seriously, imaging providers across the nation have to think just as seriously about how they’re answering that question and, if the answer is no, how they can begin to take steps to meet that metric.

It’s time to consider how you can ready your own facility for this level of transparency. Here are a few ways you can begin to evaluate your current policies and start to make the shift toward consumerism. Even with the complexities of various payers and outside entities charging their own prices for certain services, you no doubt have certain testing procedures that are easier to gauge pricing than others. Start with these procedures.

Standard, non-emergency X-ray of the torso, the forearm, a broken leg? You should have a pretty good idea what those procedures cost. Begin with the Medicare price and the out-of-pocket, non-insurer price, and then compile the various prices negotiated with your most common insurers.

Do this with the procedures that are your bread and butter, so to speak. The ultrasound examination you find yourself conducting a handful of times per day. The MRI test that’s become standard at your facility because of patient demand. You should have a pretty good idea of the typical workflows at your facility, and those are a good starting point.

The biggest problem with meeting price transparency metrics is that the entire system can get really complex, really quickly.

In order to get to a point where you’re able to post every price of every procedure, you’re going to eventually have to simplify. I wish I could say this is easy, but it’s not. It will require working with insurers to change the billing rates for different procedures and to establish an entirely new set of operations.

It may also mean less itemization of procedures and more billing on a per modality or per procedure basis. So rather than itemizing for the different labs that results were sent off to, the medications, contrast solutions and other products that were used during the patient’s visit, plus the different prices being charged by outside physicians, you might instead just start labeling the procedure itself.

Think of it this way: when you go in for a full-service oil change, you’re charged one flat rate that takes into account the oil, the filters, the wiper fluid top-off, etc. You’re not billed separately for each. Setting aside the weirdness of comparing the human body to a motor vehicle, the same idea holds for a standard medical procedure.

Some providers have already begun experimenting with revamping the system as we know it, with pilot projects that approach patient care in an entirely different way.

I’m referring to those institutions that have begun to take on select groups of patients who might, for instance, pay a subscription to receive continued care from a given health system. It’s an entirely new way of billing, one that effectively makes a payer out of a provider, but it’s hard to argue that it doesn’t make price transparency a lot more straightforward.

You can also experiment with how you promote and provide care in your community. Many imaging institutions have had success with offering promotions on standard procedures, the idea being that, when you hit a certain volume of patients coming in, you’re going to become profitable, even at a lower, fixed cost. This is something to consider as well and see how it goes at your facility.

I’m going to be transparent for a second: these are massive simplifications of policy changes that will no doubt require a lot of time and effort from all key players at your institution: administrators, practitioners, physicians, providers of all sorts.

But it’s important to start thinking outside the box in order to meet the transparency threshold that we’re looking at in the near future.

So let’s make like X-ray scans on a lightboard and get transparent! 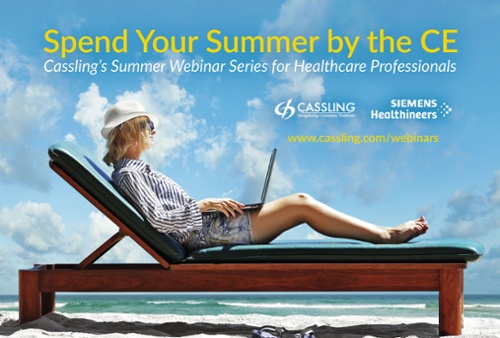 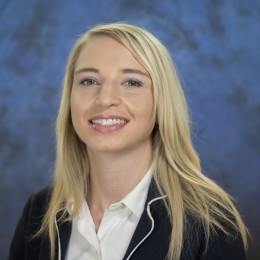