The Role of Artificial Intelligence in Breast Imaging 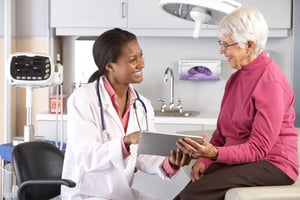 Wikipedia defines Artificial Intelligence (AI) as “intelligence demonstrated by machines, in contrast to the natural intelligence displayed by humans and other animals.” Although AI already has a limited presence in medical imaging systems, the development of self-learning computer programs has created excitement and concern about the role these systems will have in the future.

Interpretation programs become smarter and better at identifying breast cancer and breast density as they are trained on breast imaging data. In other words, the more they are used, the more their accuracy increases.

Breast density, for instance, is assessed using a computer algorithm and assigning a BI-RADS® density, making density assessments more consistent and objective. Computer Aided Diagnosis (CADx) automatically highlights suspicious areas and enables radiologists to focus on areas they should review more closely. This is a vast improvement to the outdated CAD systems mammography specialists have utilized in the past.

In a recent Imaging Technology News interview, RSNA President Vijay Rao, MD stated “I think the hottest topic [at RSNA] is going to be artificial intelligence and how AI is going to influence the future of Radiology Practice.” Dr. Rao also stated that the creation of AI has created an air of excitement about how it can improve efficiency but also “fear about the potential role of radiologists in the future.”

In breast imaging, AI-based systems are currently limited in use in the United States. Once they become more commonplace, they could become a way for radiologists to improve efficiency, identify masses and determine breast density.

Dr. Rao suggested the future may include more improvements in clinical data and efficiency by way of automated protocols and measuring and communication of results. Some organizations are working on AI for image optimization at the technologist acquisition station and improving ways to automatically characterize abnormalities for radiologists.

In 2017, there were 49 vendors at RSNA who were highlighting AI system integrations. Dr. Rao stated that number will double this year. RSNA has designated a new area in the showroom for vendors who wish to highlight their AI systems. These AI developers include Google and IBM as well as many smaller vendors.

The integration of AI in breast imaging comes from the need for automation in the screening environment. In the days of 2D digital mammography, radiologists had to look at data from an average of 4 to 6 images. However, with the development of digital breast tomosynthesis (DBT), radiologists are now looking at hundreds of images for each DBT study, which drastically increases the time needed to interpret the study. AI can help reduce that time.

Dr. Rao concludes that the benefits of AI to Radiologists and Technologists in the future are many. Correlation with clinical data such as lab values and more could assist radiologists with faster diagnoses in all modalities. This may even include genetic information, which will allow for more tailored care.

Mammography and breast sonography systems may have image optimization tools at the acquisition stations, and radiologists can have pattern recognition software tools to automatically characterize breast abnormalities. In the future, the AI system may be able to assign a BIRADS® assessment for the study, similar to what is now available for breast density.

The potential for continued AI integration is limitless. Medical physicists, radiologists and radiologic technologists, however, share a global concern of complete AI integration. What will their roles look like in the future? Could we invent a technology that eliminates the need for these roles?

At present, the development of these tools still requires the unique skills of physicists, radiologists and radiologic technologists. Dr. Rao stated, however, that the tedium of the reading procedures will definitely change and that AI can hopefully reduce “burn-out.”

There are a few things you can do to keep up with the latest developments in artificial intelligence in breast imaging.

Resuming Breast Imaging in the Aftermath of COVID-19
Read More >

Cheryl Seastrand R.T.(R)(M)(BS) has worked in Medical Imaging for 32 years and as a Breast Imaging Lead Technologist for 15 years. Cheryl has been an independent Women’s Imaging Consultant for 10 years. She is currently an instructor for MTMI/AQI Mammography Initial Training Course, Mammography Advanced Positioning Course, and Breast Ultrasound Initial Training Course. Cheryl has also provided on-site in-services for Mammography and Breast Ultrasound including hands on image assessment and accreditation compliance. Cheryl lives in Waterford, Wisconsin and enjoys music, movies, books and animals. 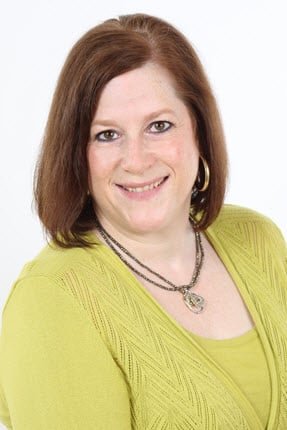