Why You Need to Keep Up With Ultrasound Best Practices 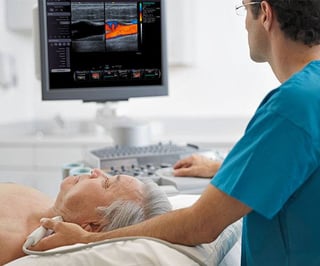 If you are reading this, you are not my audience.

Because, if you are reading this, you are interested in continuing education, in learning new things, in expanding your horizons. So please forward this blog post to your colleague, the one who hasn’t read an article, watched a webinar or attended a conference since graduation, or the coworker who scoffs when told that a protocol is changing or there is a new way of doing something.

That is my audience.

The world of ultrasound is ever-changing. Although many things have remained the same since I started practicing in the early 90s, significant changes have taken place as well. Too many sonographers still tell students “we don’t see the inferior mesenteric artery” when, in actuality, it is readily visible by ultrasound. Too many of the “old salty dogs” of my era (and from before my era) still call the femoral vein the “superficial femoral vein” and the great saphenous vein the “greater saphenous vein” even though both names were changed in 2006.

True, old habits die hard, and even I have to correct myself when my brain slips into old habits. But we, as sonographers, have to keep up with the times, especially if we are going to train the next generation.

We are only as good as our teachers, whether those teachers were the instructors who educated us in school or the physicians and sonographers who taught us in clinical. If we learned on the job, as many of us did, we relied on the fact that our instructors knew more than we did.

Letting Go of the Past

Unfortunately, that’s not always the case. Many times, old lore is repeated over and over again until it becomes the equivalent of a peer-reviewed article.

One example is the myth of the 60° angle. True, when performing carotid ultrasounds, the angle should be around 60°, or at least between 40° and 60°. But it’s not because the higher angle is more accurate. In fact, as you learned in physics, a 0° angle is the most accurate angle when performing Doppler. In the carotids, however, an angle approaching 60° is easier to obtain than a 0° angle.

So what happens when the distal Internal Carotid Artery (ICA) curves and you need to use a 0° angle? Do you try and force a 60° angle because you were taught to “only use a 60° angle”? No. It’s okay to use 0°. The world won’t end, I promise. In fact, your Doppler-obtained velocities will be even more accurate. The most important thing is that the angle correction is parallel to the wall and consistent from study to study.

Furthermore, the 60° angle mandate is only for carotid Doppler. So please stop trying to force a 60° angle on, say, a proximal celiac axis or superior mesenteric artery. These vessels, at their origins, are usually close to 0°, so use the proper angle, which is one that is parallel to the wall. The theory that one has to use 60° on every blood vessel of the body is an oft-perpetuated myth.

Other changes have not quite caught on the way I’d hoped. For example, I would like instructors and authors to stop using the misogynistic term “playboy bunny” when discussing the hepatic vein confluence. There are three major hepatic vein branches, and bunnies have two ears. It doesn’t work. I prefer the term “hepatic moose.” Say it out loud to get used to it, and look at this image:

Those are antlers, not ears. Let’s get #hepaticmoose to start trending. Because if I have to listen to “superficial femoral vein” when I visit different hospitals, I’d like to hear “hepatic moose” at least once.

The message that I would like to get across is this: If you are going to perform ultrasound, and certainly if you are going to teach ultrasound, pick up a journal. Attend a webinar or live conference. Join a professional society, even if it means you have to buy fewer Starbucks cappuccinos during the week. You might even earn CME credits.

There are resources, like this blog, that can help ensure you are performing ultrasound and instructing in accordance with modern best practices. It would be nice if we could get employers to pay for continuing education, like they did in the old days. Unfortunately, that is more the exception than the rule.

It’s on us to keep up with the times and pass on superior knowledge to the next generation of imaging professionals.

Get more of Dr. Fox's insights by listening to her recent webinar: "You're Doing an Ultrasound of WHAT?! The Past, Present and Future of Ultrasound."

Dr. Traci Fox is an Associate Professor in the Department of Radiologic Sciences at Thomas Jefferson University in Philadelphia, Pennsylvania and a Research Assistant Professor in Radiology at the Sidney Kimmel Medical Center at Thomas Jefferson University. Traci is involved in the academic aspects of sonography education as well as ultrasound research. An accomplished author, she is best known for her online ultrasound physics review, available at spireview.tracifox.com.