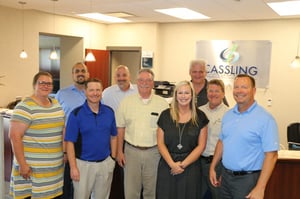 Most people probably know Dan Spahn as a reliable, intelligent Field Service Engineer whom hospitals trust to handle any number of imaging equipment issues they encounter.

But friends and customers like Terry Smith, Lead Tech at Unity Point – St. Lukes Regional Medical Center, know Dan as a hard worker, a reliable professional and a true patriot, too, one who makes semi-regular contributions to The Gazette, the Cedar Rapids daily newspaper.

“Dan is a consummate service engineer,” said Terry. “He only lives ten minutes away, so he usually gets a call before we even call the Cassling service desk, and he says, ‘Alright, put in the service call.’ He stops in all the time just to see us. He’ll be missed. He’s a good guy.”

This July, Dan took his much-deserved retirement from Cassling after providing over 15 years of service excellence for Cassling and the customers whom consider Dan to be a friend.

Those customers include Dennis Winders, Chief Administrative Officer at Radiology Consultants of Iowa.

“Dan is a fantastic guy,” said Dennis. “Very caring, very prompt, very transparent. It’s been fantastic working with him. Great sense of humor. He’s always been a fantastic service guy. Whether it was MR or CT, we’ve had a great experience with him, Terry Hingtgen and the whole crew.” 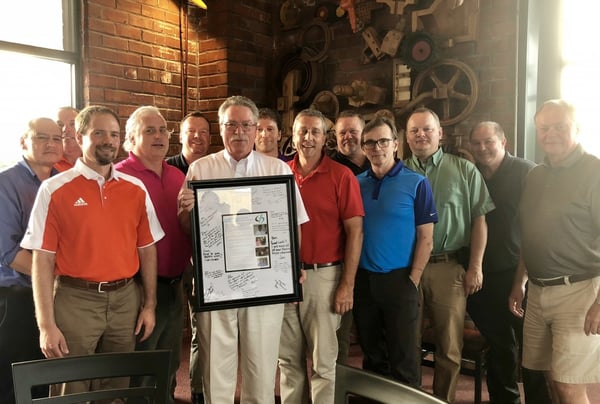 Jorge Ramirez, one of Cassling’s newest Field Service Engineers, got to experience Dan’s impact on customers firsthand recently. As he tells it:

“Jeff Ferguson and I were visiting with a customer,” said Jorge, “and Jeff introduced me as the new Service Engineer in the area. He and I proceeded to let the technologist know about Dan’s upcoming retirement. It took all of a millisecond for her to respond with, ‘Awww, we really like Dan!’ We said to her, ‘Everyone likes Dan.’

“I believe this sentiment really sums up Dan’s indelible finger print. Whether I am on site, with or without Mr. Spahn, he has a presence that is undeniable. He will be missed sorely in the area by everyone!”

It’s not just customers that share this high opinion of Dan. He’s made an impression on anyone who’s had the pleasure of working with him at Cassling.

“Everywhere I go, our customers tell me how much they appreciate Dan,” said Chris Decker, Dan’s supervisor in the Eastern Iowa region. “The bond Dan has with these customers is wonderful and it shows. He is a joy to visit with and always has the greatest stories to share. Thanks, Dan, for everything you’ve done for Cassling for the last 15 years and what you continue to do every day. Remember, it’s never too late to call off your retirement!”

That bond with customers is something seconded by Terry Hingtgen, who has interacted with Dan regularly over the years.

“His customers have a great amount of confidence in Dan,” said Terry. “He is very committed to his job and well-respected by his colleagues at Cassling and Siemens alike.”

Joe Matthews, Cassling Vice President of Service, speaks for many when he talks about Dan’s place at Cassling.

“Dan has played a key role as a service engineer and mentor during his career with Cassling,” said Joe. “His excellent customer service, skill level and work ethic helped us be very successful in the region and for that I say ‘thanks Dan!’ Congratulations on a great career and I hope you enjoy a very well-deserved retirement!”