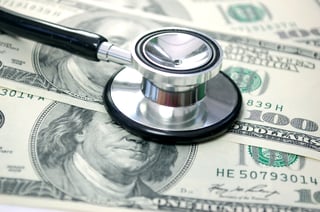 How quickly things change. From one vote away from the so-called “skinny” repeal of the Affordable Care Act to a proposed revolution of the current healthcare system, healthcare providers are getting whiplash right about now.

Senator Bernie Sanders has brought the single payer healthcare system to the forefront of public discourse with his proposed Medicare for All Act. Seemingly every publication across the internet and the country has provided their own insights on the proposal and what it would mean for healthcare.

For healthcare providers, it’s important to realize that we’re still a long way from potentially having a single payer system. Democrats have control of neither the House, the Senate nor the White House, which makes the idea of single payer healthcare legislation becoming the law of the land a fantasy at this point. And even if all such branches were aligned in the future, the political and economic reality of such a proposal could still imperil its chances of survival.

Still, the mere fact that single payer healthcare has finally drawn this kind of highly visible support at the federal level is something that all healthcare providers need to reckon with. A policy that would have seemed like political poison to Senators and Congresspersons even a few years ago has entered the mainstream, and politicians aren’t shying away from it, likely due to public opinion surrounding the matter. In a New York Times op ed, Senator Sanders cites a poll finding that three out of five Americans would support Medicare coverage for all citizens.

So even if single payer healthcare is years down the road, if it passes at all, healthcare providers need to understand what such a system would mean for their business and for the country as a whole.

There are a few things we can infer based off the information available.

The majority of Americans receive their health insurance through their employers, in a system where the employer pays a certain portion of the premium while the individual pays the remainder.

That system would need to change rather dramatically under a single payer system, but just how dramatically is a question still being worked out. It’s likely that the tab for a single payer healthcare system would be paid through a combination of employer-based taxes of a certain percentage depending upon the size of the organization and employee-based taxes based on income.

The tradeoff will be that, while you’re not paying for health insurance directly, your taxes will go up, with a portion of those taxes applied to healthcare. In the most likely scenario, persons at the highest end of the income spectrum would see their overall healthcare payments increased in the form of higher taxes, while those in the lower income brackets would experience a net positive, as the higher tax is unlikely to reach the levels of what they currently pay for health insurance. That’s a big draw for families and for those who have been forced to get their insurance on the Affordable Care exchanges at often outlandish prices.

The big question mark is the middle class. Medicare is not solvent in the long-term and, to make it solvent under a single payer system, the tax burden would need to be high enough that it may significantly hurt the middle class. In order to prevent this from happening, policymakers would have to find some other means of revenue, or hospitals would need to find some other means of bringing down costs – or likely both.  The reality of a single payer system is likely smaller reimbursement and higher taxes for most Americans.

Billing and Coding Made Simple

While a single payer system may have its detractors, it’s hard to argue against the idea that the administrative end of hospitals and clinics would be immediately streamlined. While there will always be controversies arising from coding and the back and forth that arises when an insurer asks for information to be resubmitted, this hassle would in theory be reduced dramatically under a single payer system.

Rather than dealing with a patchwork assembly of insurance companies that are all haggling for different prices and figuring out what’s covered and what’s not, institutions would deal with a single entity. Prices would be set and a high degree of visibility would be brought to the billing and coding process.

Some physicians no doubt bristle over the thought that the government would ultimately be responsible for setting the price structure of care. How that will work is a serious conversation that absolutely needs to be had if we’re to ensure a fair pricing model while still leaving wiggle room for hospitals and clinics to provide an exceptional level of care. History would suggest this will be incredibly difficult when Medicare today pays less than the true cost of care to providers.

Hospitals in a single payer system would be able to cut down administrative costs due to the streamlined approach to billing the insurer and codifying care. But whether that’s equal to the revenue lost as a result of lower prices negotiated with the government is unclear.

Private Insurance Won’t Go Away – But It Will Change

You would most likely have a system like what we have today in education, where public and private schools exist alongside one another. Everyone would be opted in to the former unless they choose to go with the latter. Private insurance could have different payment structures and provide for more optional coverages that the so-called “public” hospital wouldn’t cover.

It’s also within the realm of possibility that some providers would cater to those with this private insurance, either in the form of clinics or entire hospitals. And here’s where it starts to get even more complex, as it would become the duty of government and the healthcare system to ensure that all Americans still had access to the level of care they would theoretically get at those private facilities.

It wouldn’t be surprising, then, to see the majority of healthcare providers continue to embrace the ideas of preventive care as orchestrated by an entire care team, while specialized facilities open in support of citizens who are paying for what amounts to a “premium” level of care. Which begs the question: at what point does a person’s right to care reach the threshold of “premium” care that others may be paying extra for?

Those issues are in play today in the education sector, and already to a certain extent in the healthcare sector, where some clinics struggle to attain resources while other organizations thrive off the generosity of donors. Hospitals with massive endowments are building new wings with stunning regularity even as the free clinics down the street struggle to make ends meet. The difference in a single payer system is that those clinics that are struggling would get the backing they need to treat everyone who walks in the doors with the care they require.

One of the biggest arguments against the single payer system is that the United States will lose its position as a leader in research and innovation in the healthcare sector.

In a price-fixed world, is there incentive to invest in research and development if additional revenue isn’t the expected outcome? It’s hard to say. In theory, government grants and research opportunities would remain untouched by a single payer system, as universities will continue to exist and our nation’s brightest thinkers will continue to receive funding for their work from private entities.

Still, hospitals are deeply concerned that, with the government setting prices, they simply won’t make as much money, creating a personnel and infrastructure issue. Will a hospital have incentive to invest in the best equipment if they can’t charge more for an exam using that equipment? Will a smart young person be interested in getting into the medical field at all if they’re not making the same salary as those who came before?

Where funding might also get tight is with medical device manufacturers and pharmaceutical companies. Without the power to charge premium (some would argue exorbitant) prices for drugs and devices used by patients, profits could sink. Manufacturers and developers argue that this will stifle innovation and, over the course of time, lead to reduced quality of care. If a company knows their overall profit is capped, to a certain extent, will they bother with development in the first place?

All of this is speculative, to be sure, but it points to the broader issues that will only reveal themselves with the benefit of time.

We’re a long way away from single payer healthcare. The political landscape at the moment simply isn’t realistic for the system to pass into law anytime soon.

But it’s not that shocking of an idea to think that this will change two, fours, ten years from now. Self-driving cars are happening soon, we’re slowly but steadily making our way to Mars, and an idea that seemed even more absurd (America with a single payer system!) has inched closer to reality as well.

Healthcare providers need to prepare for this potential eventuality, and they need to understand what it means for their operations.

Part I: Healthcare Reform Beyond the ACA
Read More >