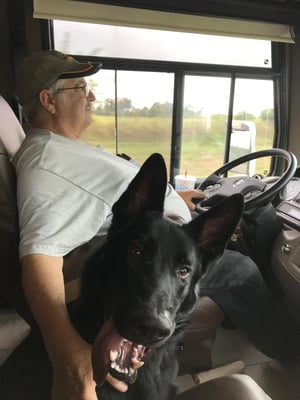 If there’s one thing Brian Bailey is known for, it’s his helpful nature. Many Field Service Engineers (FSEs) who had the privilege of knowing Brian over his nearly 27 years at Cassling called out how willing he was to give back to those around him.

“I could always count on Brian to show the new hires the ropes and provide mentorship to them,” said Regional Service Manager Shawn Pew.

“He has a wealth of knowledge for the imaging field that will truly be missed,” said FSE Brent Newland. “Without him knowing, he was a great instructor to upcoming service engineers such as myself. Brian was not afraid to encourage you to get into the machine and build your confidence.”

“Brian was always willing to help in any way possible,” said FSE Ryan Wachter. “When I bought my first house, he would loan me tools and equipment for me to do work on it. He taught me way more than I ever wanted to know about Lorad Mammo and always seemed to be on vacation when the really weird problems would happen. When my wife and I were newly married, he even let us borrow his kids for a few days while he was in training. It was nice to practice on them and learn we should wait a couple years before starting a family of our own.”

This spring, Brian took his well-earned retirement from Cassling, and what becomes clear by talking with his team is what he meant to his coworkers and just how much he’ll be missed. That’s in large part because of Brian’s boundless generosity.

In fact, he was always willing to go the extra mile for his customers too, so much so that they’d even look forward to him returning from vacation, for reasons that quickly become clear:

“Brian was an essential source for me as I got up to speed on Siemens equipment,” said FSE Neil Rezac. “I am thankful to have been able to tap his knowledge during my time at Cassling. He built many loyal customers over the years, and some even knew he made a yearly trip to Oktoberfest and would come back with boxes of giant apples from an orchard. Conveniently, they would have a service call shortly after he came back, knowing he would share a few of the apples. Thanks for your service and congratulations on retirement.”

“Congratulations on a successful career with Cassling,” said Joe Matthews, Vice President of Service. “Your technical expertise and many years of service have made a very positive difference in our healthcare community and I wish you all the best in retirement!” 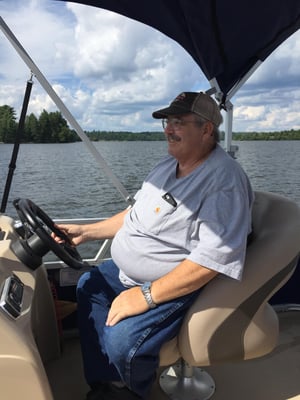 “As we all have an outer shell we sometimes wear to shield ourselves from others, so too does Brian, whom I have worked with for 22 years,” said FSE Kevin Richardson. “My first thought when I met him is he said what he wanted, straightforward, kind of stern. But it didn’t take long to find his softer side and big heart. He has taught me so much, been a great mentor and will always be a great friend. I will miss him but hope his journey in life will bring him happiness.

“A funny one I will always remember is, while working on a CT cooling system, he was trying to blow out the water from the line and almost passed out,” continued Kevin. “I told him I was not giving him CPR, so ‘sit down and catch your breath.’ Take care my friend.”

“I would like to say congratulations, Brian,” said Ryan. “It is well deserved. It’s time for him to enjoy time with the grandkids and get some use out of his camper.”

“Congratulations, Brian, on your retirement from Cassling!” said Shawn. “After nearly 27 years, you have witnessed many changes and advancements in the diagnostic medical industry. Through it all, you continually provided the service that Cassling’s customers count on and value. You were willing to help out with any task assigned to you and you were never shy to speak your mind. Your one-liners and quick comebacks will definitely be missed. But what will be missed most of all are all of your contributions to Cassling and our customers.

“Get that RV of yours revved up and ready to go for a well-deserved retirement. Congratulations again! Take care and keep in touch!” 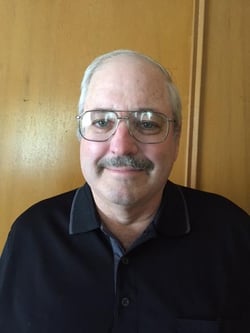